The Palatini were elite units of the Late Roman Empire. They were created by Constantine who needed new elite troops after he disbanded the Praetorian Guard in AD 312 - they supported his rival Maxentius.

There were horse units (called vexillationes), and infantry units called either Legiones Palatini or Auxilia Palatina.

The Legiones Palatini were particularly well equipped troops, and frequently engaged in action. The Notitia Dignitatum (a document  that described the administrative and military organisation of the eastern and western parts of the Empire) recorded 25 Legiones Palatini, 13 in the East, and 12 in the West.

The Pannoniciani Seniores were a Palatine Legion unit based in the West. They belonged to the Italian army, under the command of the Italian Magister Peditum (master of infantry).

They were the fifth of the twelve western Legiones Palatini. Their shield pattern are shown below (after Luke Ueda-Sarson's pages dedicated to the Notitia Dignitatum):

I mainly used the Late Roman Heavy Infantry set made by Hät to represent this unit, plus a figure from the Late Roman Infantry set by Miniart (the giant one).
The figures are well equipped with large shields and mail shirts, which corresponds with the elite status of the unit. 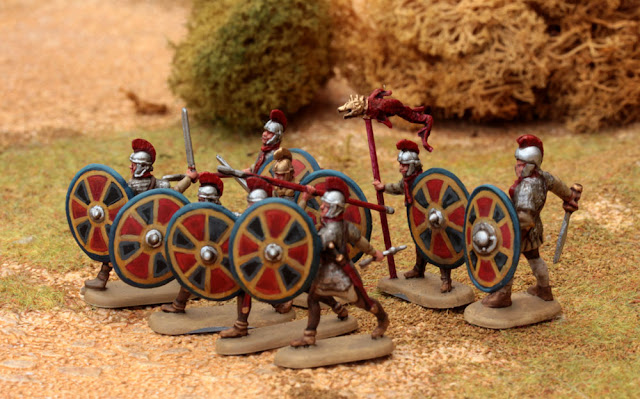 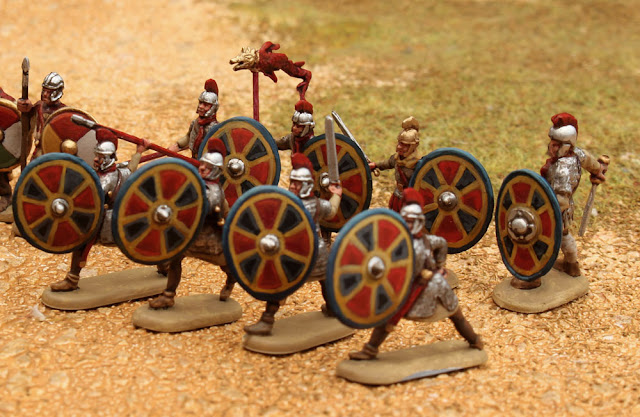 And some closeups on the officer: golden helmet, yellow crest and cape to show his rank. 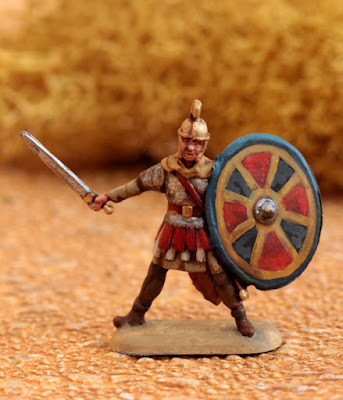 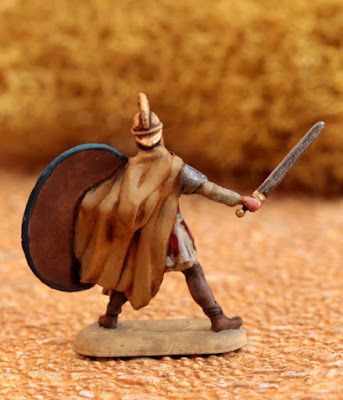 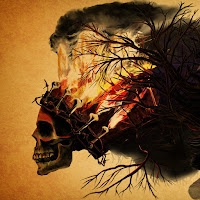