A few months ago, I had the chance to get some Fantasy minis by Caesar, a reference rarely seen on the web and apparently only sold by the manufacturer himself. These minis looked very promising, as they represented elvish and human warriors inspired by the Lord of the Ring trilogy. They were Elves and men from Gondor in the second Age, and Galadhrim from the third age. These Galadhrim composed the troops sent by Galadriel to help the men of Rohan during the siege of Helm's Deep - please note that they only appear in the movie but not in Tolkien's book.

I was very excited at the idea of painting one of the archers, since their battledress is rather impressive - and the version made by Games Workshop used an interesting color scheme.

This is what I could achieve - I just finished him half an hour ago :) 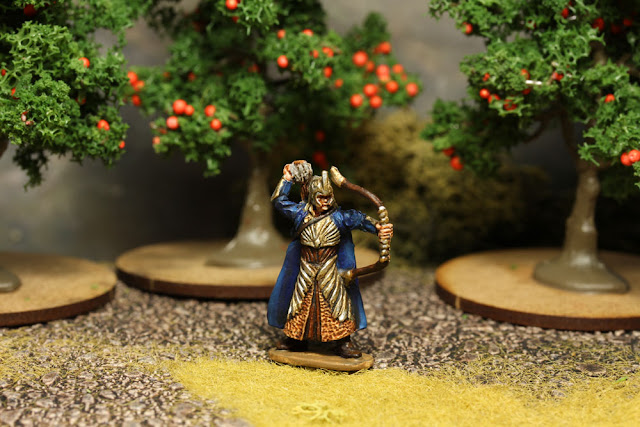 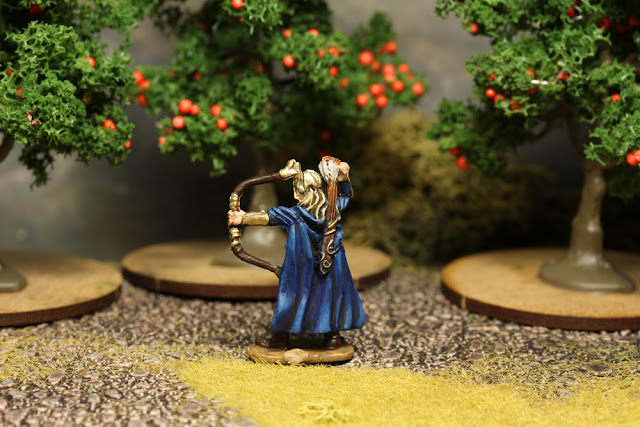 This mini perfectly fits its opponents - in this case, Uruk-Hai by Dark Alliance. The Galadhrim is defending the garden of Lothlorien against the orcs of the White Hand. 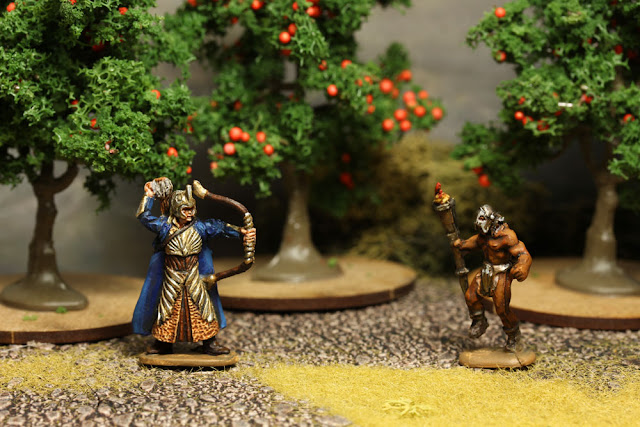 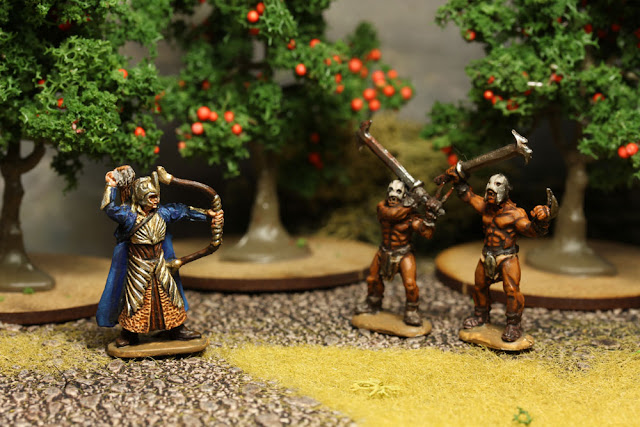 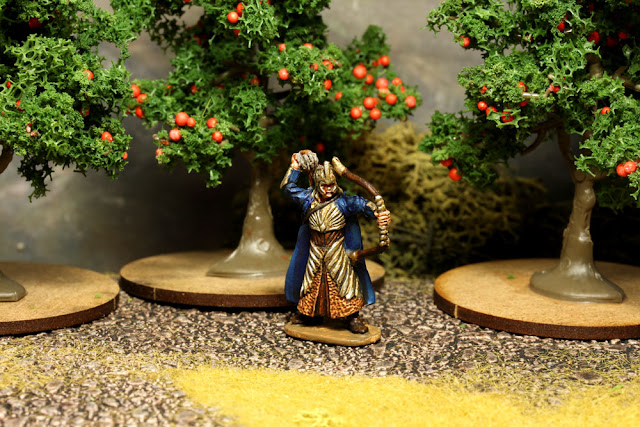 Tell me if you find this color scheme convincing - I have a few others to paint ! 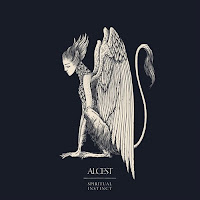