A Wraith King to summon them all

One post about historical figures, then one post in Fantasy. Ok, I know, I should be painting Winged Hussars, or Vikings, or even Sassanids, meaning I should finish what I have started first. But I've started so many different projects than any new figure can complete an existing army.

Today, after a Norsemen warband, I needed a bit of fantasy. I also needed to clear my desk, and decided to paint the biggest figure on it - a wraith ! A wraith king to command my undead army, and summon dozens of skeletons, zombies, and other horrible creatures - a good option to replace my old vampire general.

So, what does he look like ? A big, howling spectre. 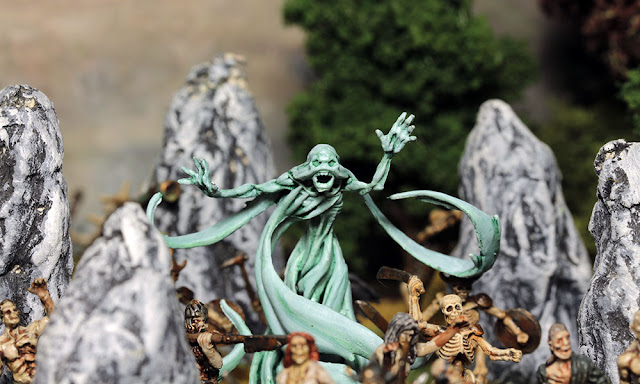 This mini doesn't come from any 1/72 fantasy sets, but from a pack of Undead troops designed for Battlelore 2nd edition. There are several types of figures in this pack: skeletons, knights on big horses, spectres and a zombie dragon - you can expect to see more in the next months.

The skeletons are larger than the Caesar ones - they seem to be 'real' 25mm figures. The spectre (or wraith) is a big figure, but I find his size ok compared to the horde of skeletons and zombies (Caesar and Dark Alliance) around him. 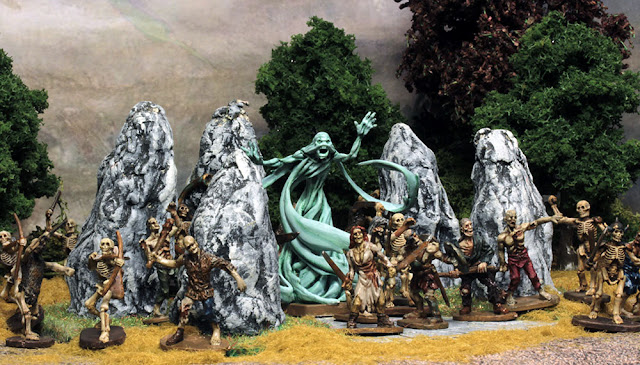 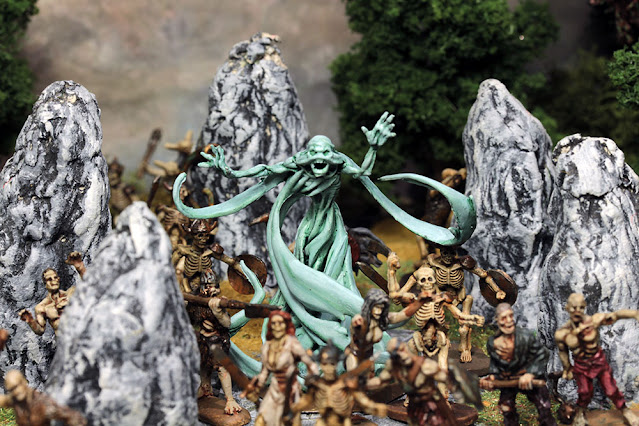 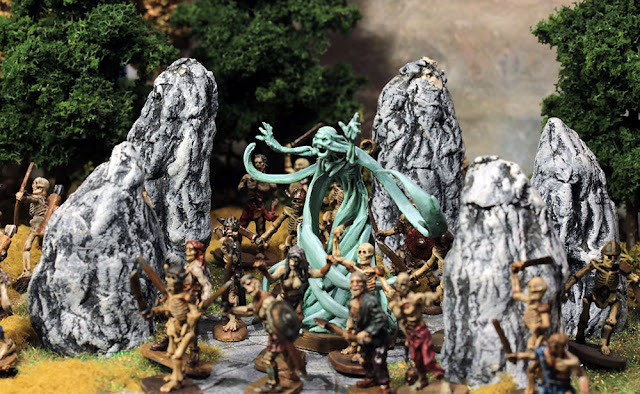 That's all for today - hope you find him frightening :D 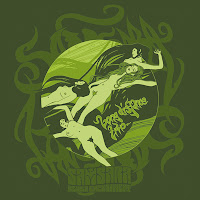