There's a lot of roman soldiers on this blog these days, and today you will have some more :)

After the Empire, I go back through time until the days of the Republic, in a time where Rome's opponents were Carthaginians, Celts, Macedonians... There were also many wars between the different peoples of the Italian peninsula, but all of them eventually became Italian allies to roman power - and in the end, became roman citizens, and soldiers.

This is an attempt to represent the Italian Allies during the III and II century BC - I suppose that they closely looked like roman Hastati, with maybe less uniformity in their tunics and equipment. And since I like to paint shields, there will be no transfers on them :)

I am certainly not a specialist of this period, so any comment concerning accuracy is highly welcome (and other comments too :)).

Figures by Hät and Zvezda (the officer). 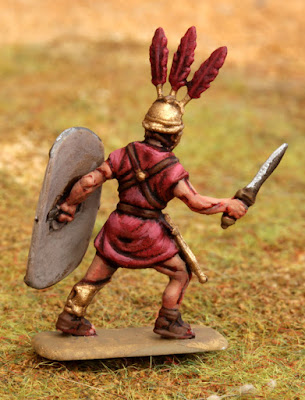 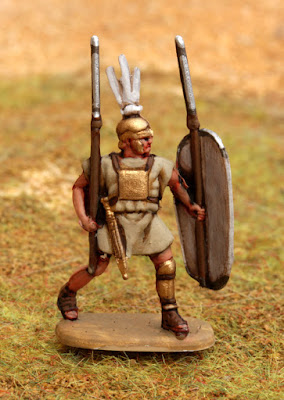 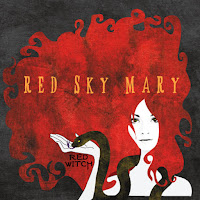