The Green Horde - A beginning

Today, I wish to write a post about the building of a large army of Orcs for Kings of War with 25/28mm figures. I like Fantasy universes, but when I was at school discovering D&D, there were no such things as 1/72 Fantasy figures, so we had to buy Citadel or Ral Partha figures for our role-playing games. I soon realized that Monsters of all sorts were much more attractive than heroes, paladins or white knights, and among those creatures, I had a growing sympathy for Orcs. With time, I bought several dozens of Orcs and Goblins from various manufacturers, and sometimes tried to paint them, but I really was a poor painter at that time. Then I gave this scale up and turned my painting efforts to 172...

These days, I've come back to 25/28mm because I needed a 2000 points army in a Kings of War game against my son who is using (and improving) his own Undead army, mainly composed of GW and Mantic figures. I gathered my Orcish motley crew, and was able to see that, with a few recruits, I had enough figures to accept the challenge.

Here you are the first unit (troop) of Orc warriors, and you know what ? They are based !!! 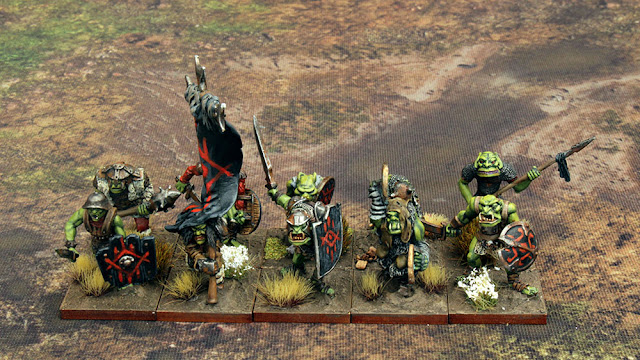 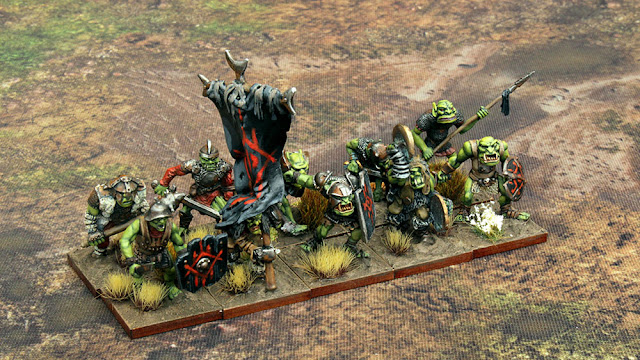 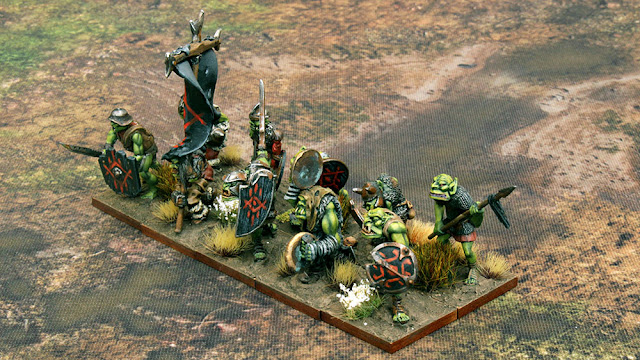 For the historians or figure encyclopedists (I know there are several among you), you can spot Citadel, Grenadier and Alternative Armies figures - I don't remember every maker. The guy on the left, first rank, is a brand new plastic figure from Warlord Games.

The rest of the army has got some painting too, but nothing is finished, as you can see below (the different colors from the previous pictures are due to the fact that I took the latter pictures late in the afternoon, with little natural light).

Some more warriors, from various manufacturers. 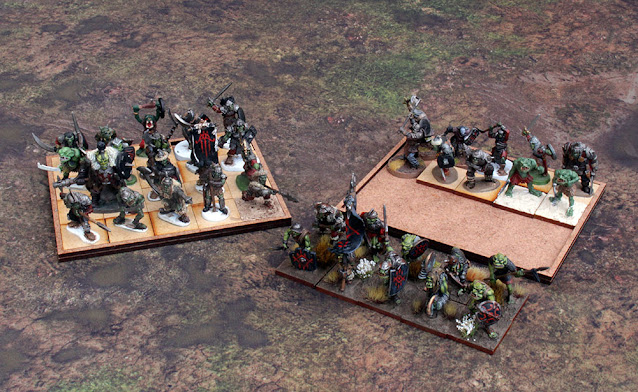 Some wolf riders, including a few wargs from GW: heavy cav on the left, and light on the right. 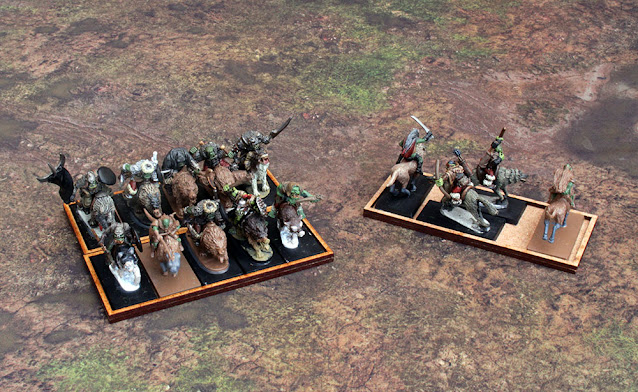 Some heavy elite warriors - figures by Rackham. I love these figures, I want to use them as much as possible. 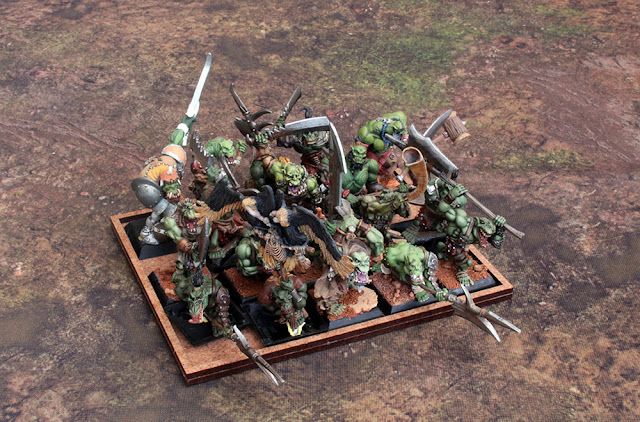 Archers - only three are finished, but not even  their bases. 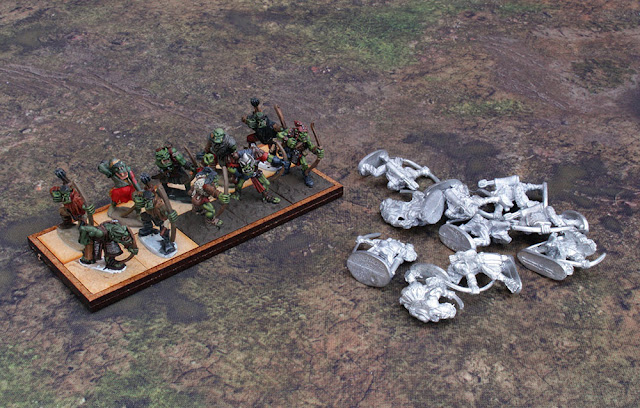 Trolls from the 1/72 Fantasy range by Dark Alliance. They're so big that you can use them in a 28mm armies without any problem. 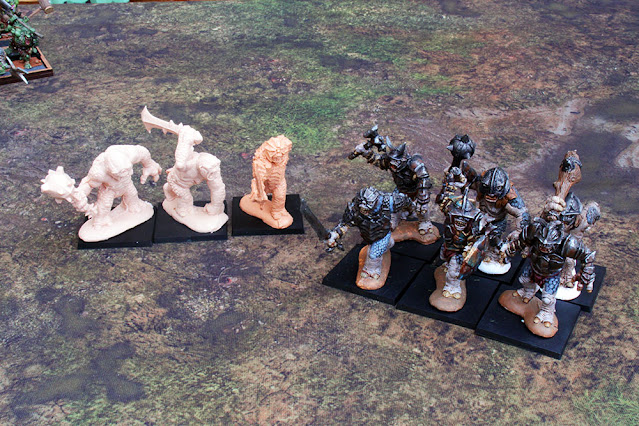 Goblin reinforcements - A catapult and a Goblin king on his war chariot. 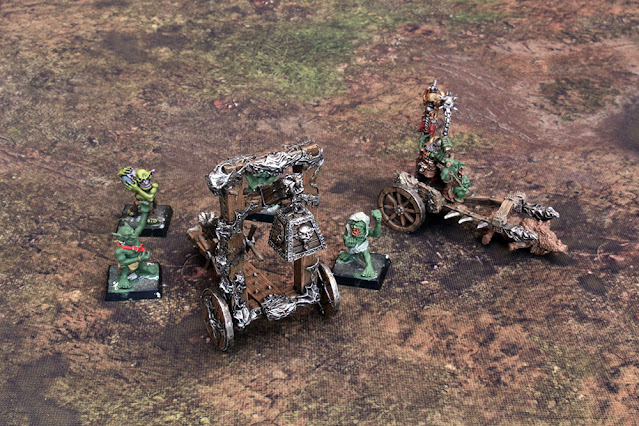 And last so far, an Orc chieftain named Vorak and a sorcerer - Rackham figures, once again. 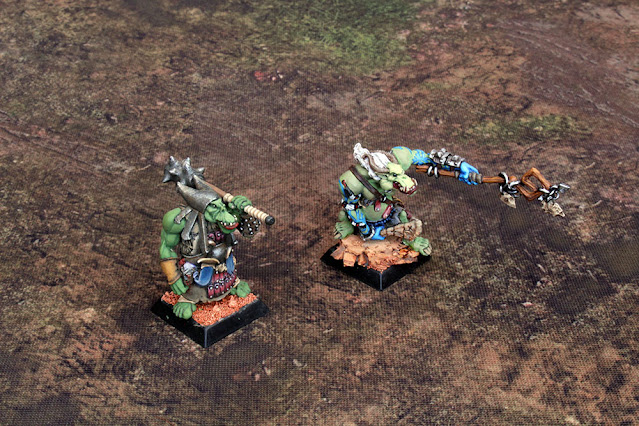 I will write more posts later this year as the works progress. 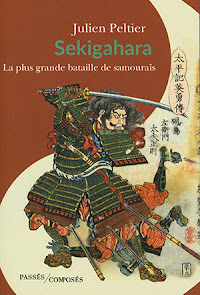 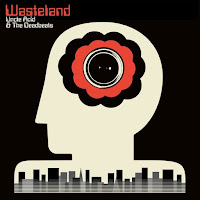 Uncle Acid and the Deadbeats - Wasteland (2018)