The Orcs of Bran-o-kor will wait until another day, I keep on painting the Kislev army (see here for the presentation of the project). Today, we have a look at Kislevite arquebusiers. 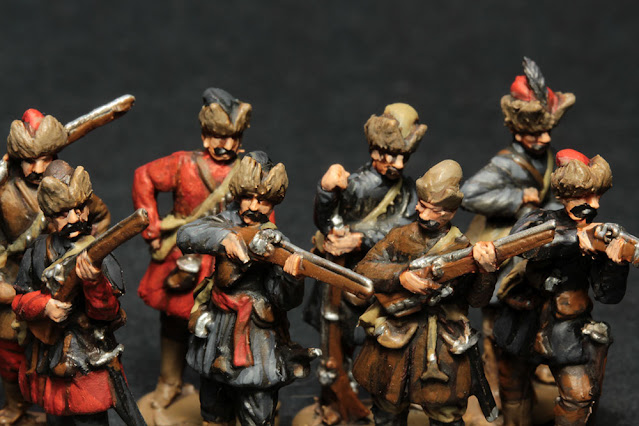 As for the lancers in the previous post, these arquebusiers come from a Redbox set, Ukrainian Cossack (Infantry) Set 3. The figures are beautiful: very well sculpted, very well cast and full of details... and not that easy to paint.

Since I wish to paint an entire army, I have to be quicker than usual, so this is an attempt at speed painting. I try to simplify the process, but keep a certain level of quality. For instance, the painting of the flesh was reduced to three steps (base color / wash / enlightenment) instead of four or five in my previous method: only one step of enlightenment instead of two or three.

The color scheme of this unit is slightly different from that of the lancers, but remains in the spirit of the army: red, brown, grey, and even black shirts. 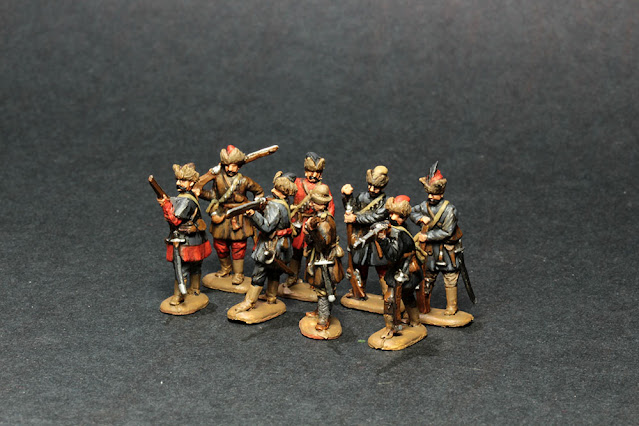 On the following pictures, you can see the many details sculpted on these figures. 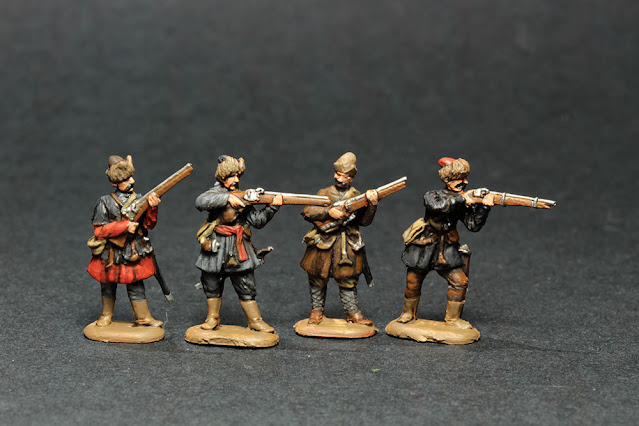 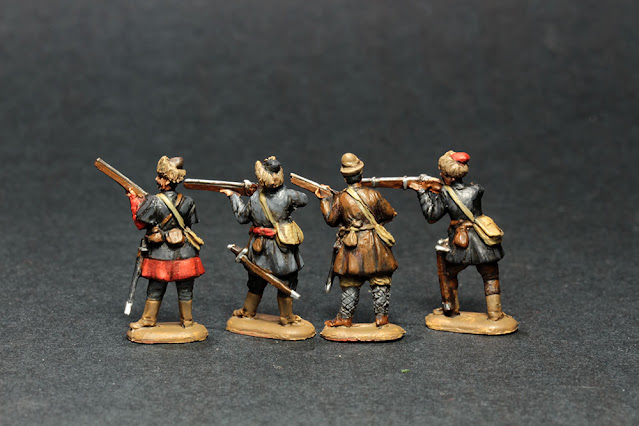 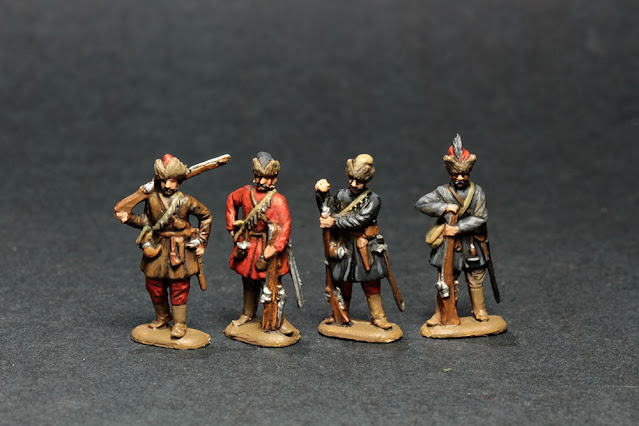 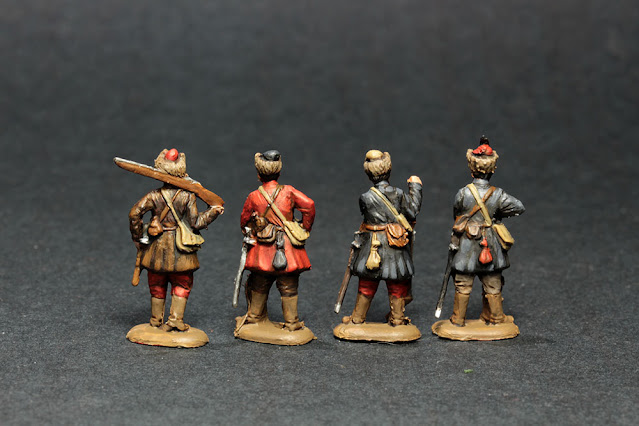 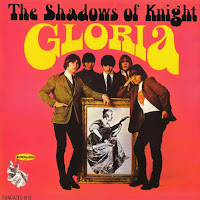