Hi everyone! Today's post is dedicated to my first unit of Sassanid infantry, the Sassanid levy infantry by Hät. 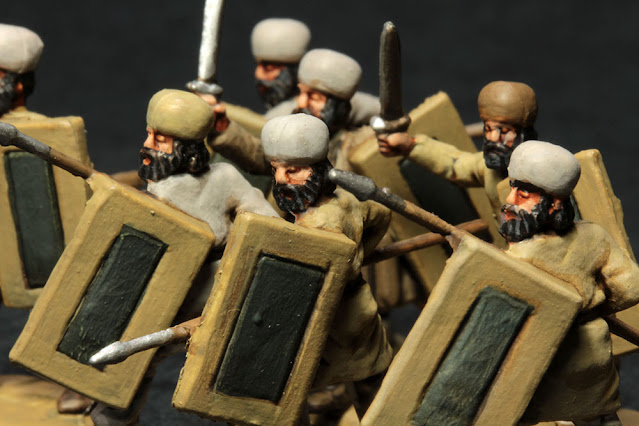 According to Roman authors such as Ammianus Marcellinus (an ancient historian from the 4th century BC), the majority of the Sassanid infantry was composed of Paygan, a conscript force recruited among the peasants of the Sassanian Empire. These mean were poorly equipped, and with a very low morale, thus not very effective against the Roman legionaries on the battlefield.

Hät released this set in 2013, a very long time after the first drawings became visible on their site (the cataphracts and the elephants are still awaited). The figures are nice and the number of poses large enough to build interesting units. 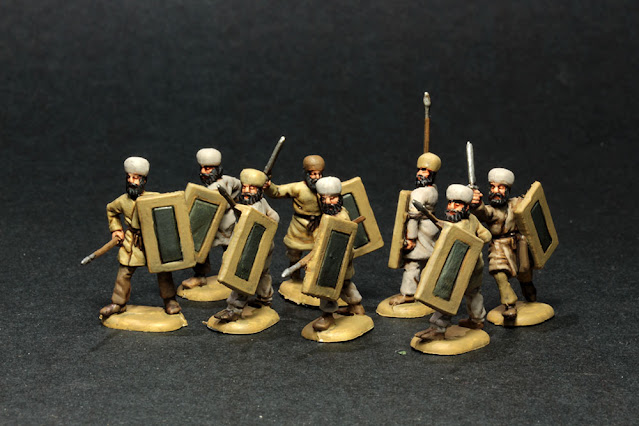 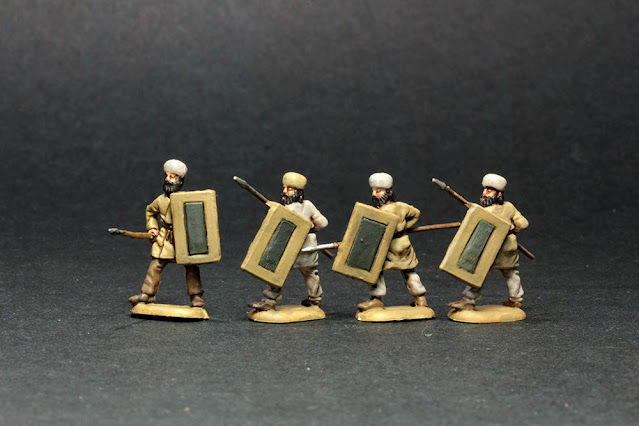 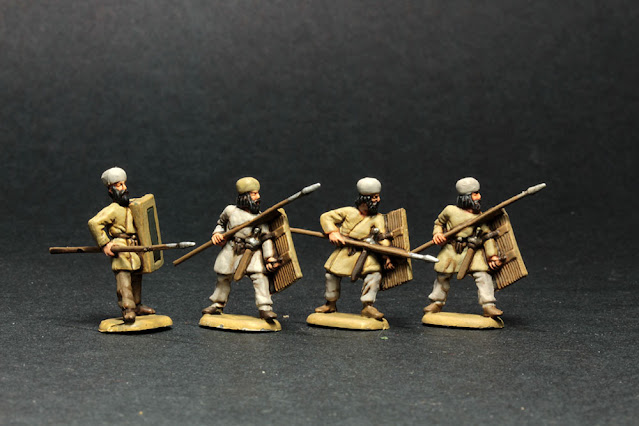 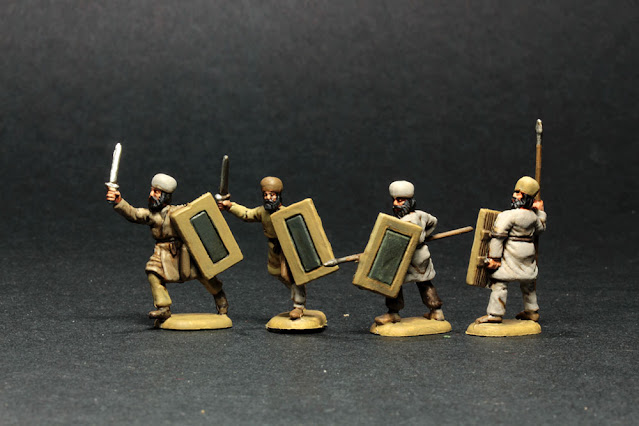 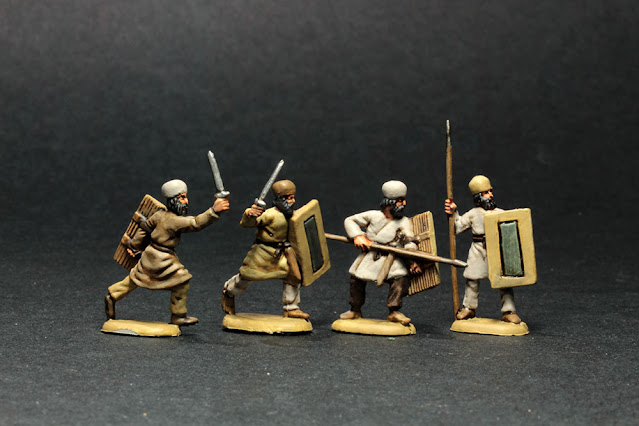 These figures don't look like peasant levies, in my opinion, because they are much too well armed - too many iron swords in particular. But they are nice enough, and rather easy to paint, so I am happy with the result.

What do you think of them ? 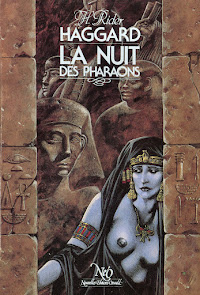 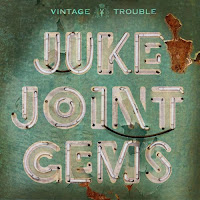