you will all remember that, in the last post, I asked you to find the origin of the pieces I used to convert the Goblin War Chariot. Many of you have recognized the venerable Ancient Britons chariot by Airfix, but what about the other parts ?

Here you are, at last, the answer! 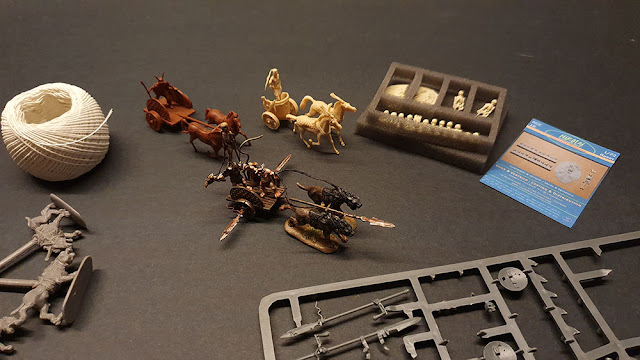 A bit of zoom to see better. First, as written above, the Briton chariot. 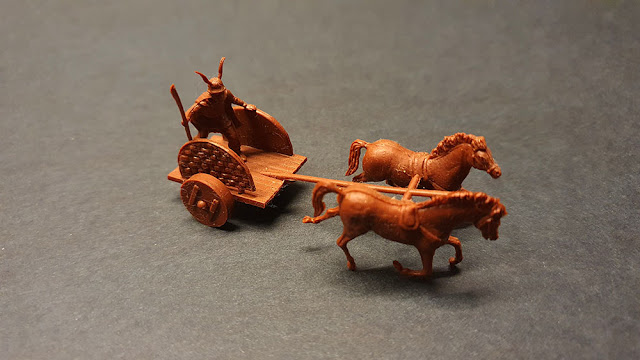 I wished to replace the wheels with larger ones, but my range of chariot is rather poor, so I chose the wheels from the Atlantic Egyptian cart (a recast by Nexus, my Atlantic originals are still complete :)).

It proved a wrong choice in the end, because these wheels are not that taller, and the original ones are more "Goblinish". 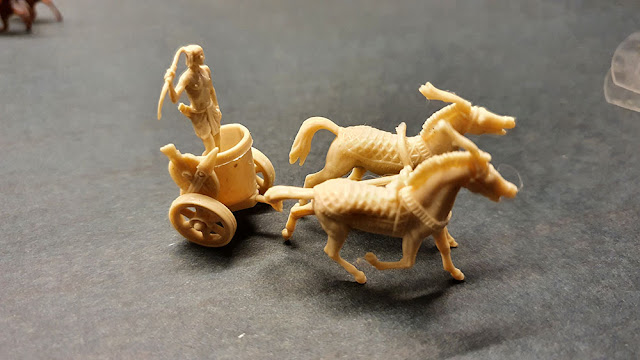 The horses were replaced by Wargs (by Dark Alliance), as everybody found out. 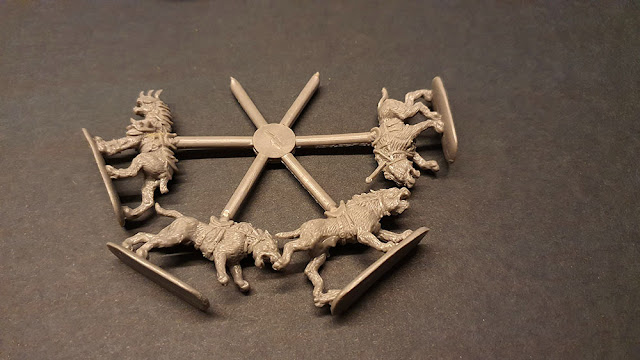 I wanted something like scythes on the sides of the chariot, and a spear on front. I first tried to build some, but the result was absolutely ridiculous... Where to find large blades in 20mm ? Easy, have a look at 25mm (or more) spare bits. Then I chose those spears from the skeleton box by GW (7th edition). 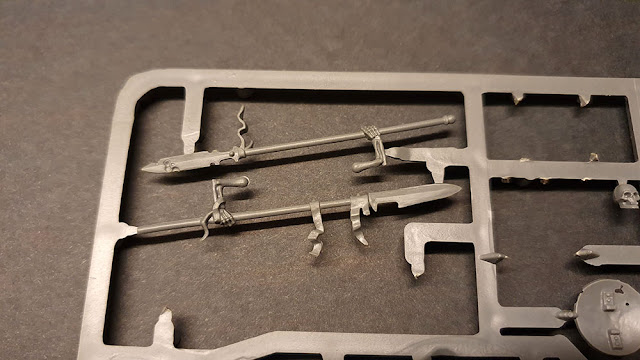 The last part to find was the skeleton used as a banner. You may say that I cheated, because I used a resin 1/72 set by Nikolai. 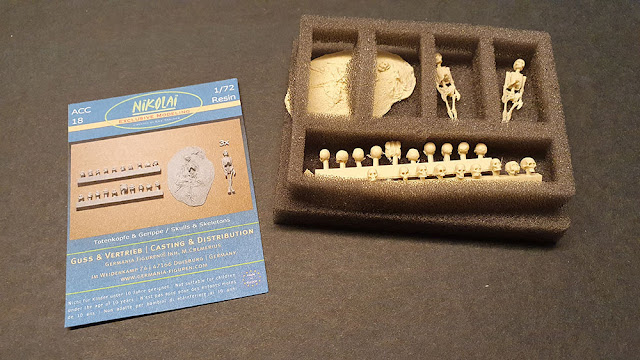 And here you are! Maybe some of you will find this explanation interesting. Let me know if you have any question. 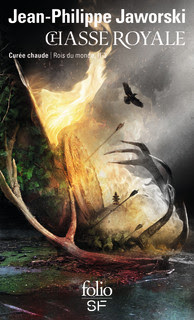 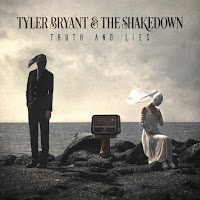